Complete combustion of alcohols to produce carbon dioxide and water

The copper(II) ions in Fehling’s solution are oxidising agents, oxidising the aldehyde to a carboxylic acid and getting reduced themselves to copper(I) ions in the Cu2O precipitate

The Ag+ ions in Tollens’ reagent are oxidising agents, oxidising the aldehyde to a carboxylic acid and getting reduced themselves to silver atoms

Apparatus set up for heating under reflux

Apparatus set up for distillation with addition 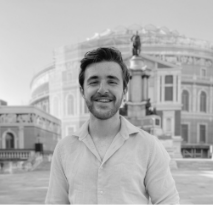